The Mursi Tribe: A Visual Journey 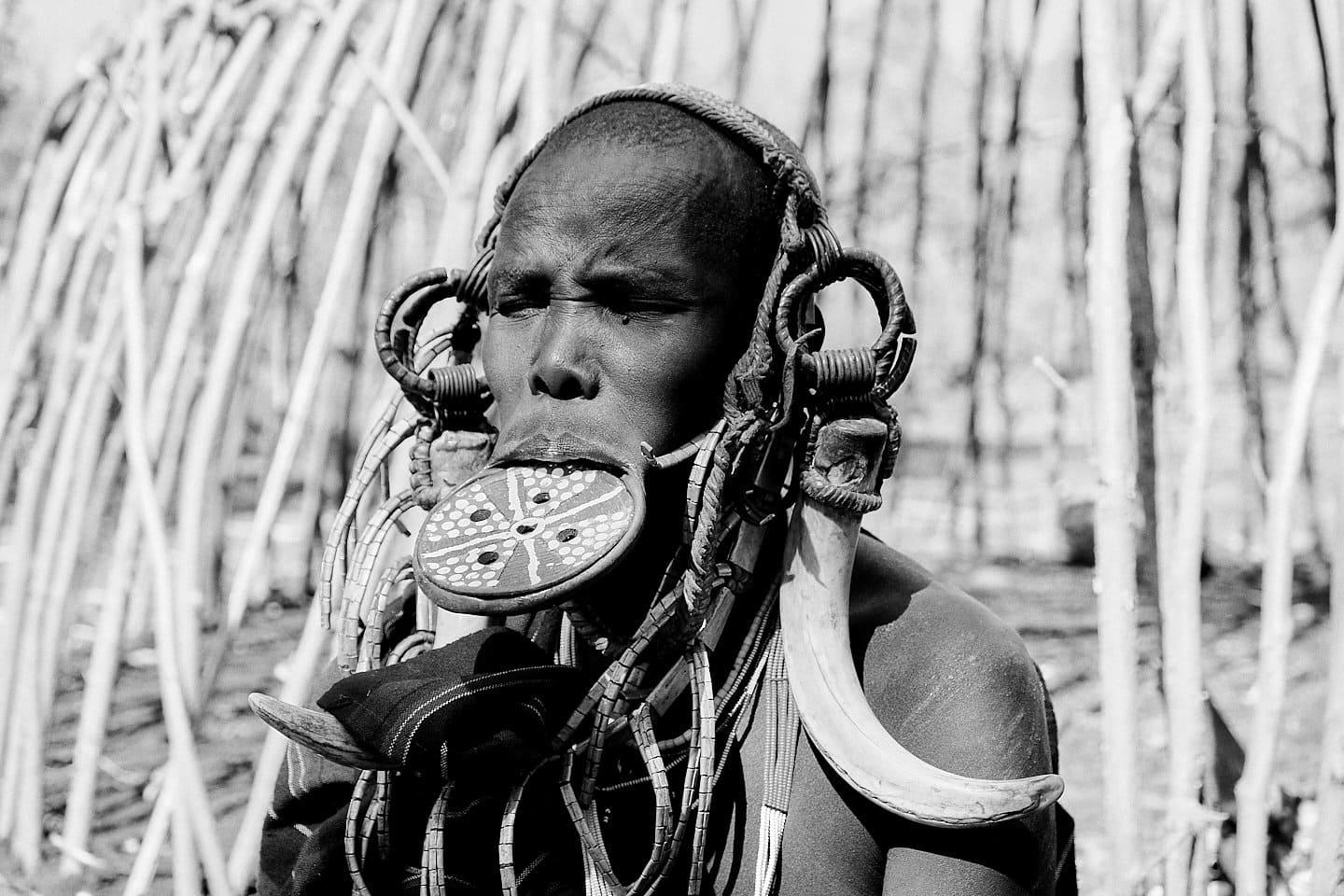 The women of the Mursi tribe are well-known for their horned crowns and massive lip plates. Historians believe that this tradition originated as a way to protect the women from slave traders since bodily mutilation would significantly lower their trade value and make them less likely as a target. Even though the dangers of the slave trade have largely been eradicated, Mursi women still choose to practice this tradition as it has become associated with beauty and status.

The larger a Mursi woman’s lip plate is, the more marriage dowry her father is able to command – which can be up to 100 cattle.

Warriors of the Mursi Tribe

The men of the Mursi tribe are regarded as the Omo Valley’s fiercest warriors. In recent years, they had become popularized online for their imposing photos with AK-47s.

However… after a gun control campaign was carried out by the Ethiopian military, the warriors of the Mursi tribe were stripped of their AK-47s and relegated to donga sticks (2 meter long wooden poles) and machetes as weapons. To the Mursi, donga sticks merely represent a rite of passage for young men – they’re used in a ceremonial duel that’s meant to prove a man’s valor.

Since inter-tribal conflict is a frequent occurrence, violence has become heavily ritualized. When a Mursi warrior kills an enemy in battle, they symbolize the kill through scarification – a warrior will carve marks on his shoulders / arms and shave his hair into geometric patterns.

Day-to-day, when Mursi warriors aren’t hunting, sparring or fighting, they clear brush and build new thatched huts for their expanding settlements along the Omo River.

While the members of the Mursi tribe lead a primitive way of life that’s devoid of all modern luxuries, they’ve still found a way to be happy in the arduous environment of the Omo Valley.

Through community, a strong sense of belonging, and an adherence to time-tested traditions, the Mursi have developed a level of resilience that allows them to find joy no matter how hard things get. Overall, the Mursi are a beautiful group of people that we still have so much to learn from.

Camping with the Kara Tribe